In addition, the implications of Russia’s invasion of Ukraine have only reinforced some of these pre-existing dynamics, which were in place before February 2022.

Local infrastructure projects include the Nigeria-Morocco Gas Pipeline, a prospective pan-African offshore pipeline that hopes to connect 11 African countries before extending to Europe. Super-ambitious in scope, engineering, and design studies are nonetheless well underway, providing a further indication of the importance of future field developments in the region supported by international interest.

This upwelling of interest drove MSI to include an analysis of the resurgence of the offshore market in West Africa, including a forecast for both rig demand and construction activity in its latest Mobile Offshore Drilling Unit (Modu) report. 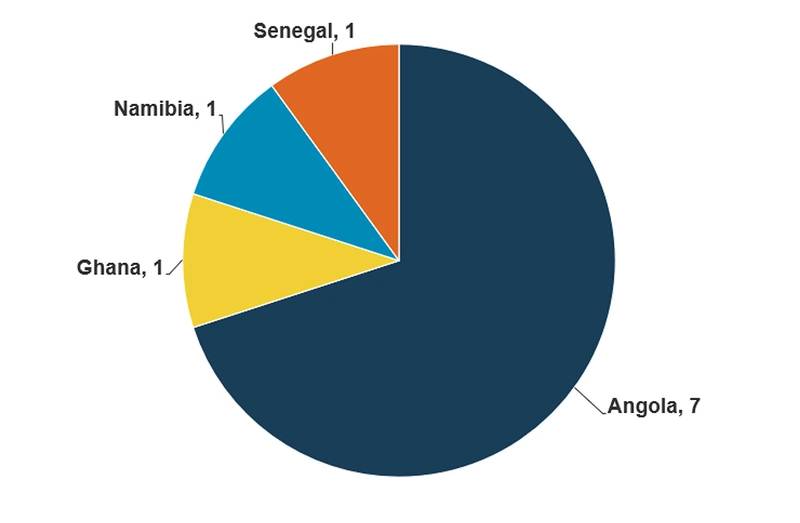 Chart courtesy MSI
Floating beats fixed
Approximately 40 fixed platforms and 32 floating platforms are expected to be installed in West Africa between 2022-2026. In the most optimistic scenario, where close to all of these projects go ahead as planned, this would mean a marked shift from the less active 2018-2020 era, which saw a lot of service suspension and disruption.

A resurgence in West African offshore construction activity on the back of a higher oil price and improved regulatory frameworks looks set to support increased demand for development drilling going into the middle of the decade.

This is particularly the case for drillships as a number of deep-water prospects are being brought forward, including discoveries like Eni’s Baleine and Total’s Venus, which are scheduled for fast-track development.

What growth there has been in West African production has been led by the ultra-deep water sector.

The average depth of fixed platforms installations has stayed fairly constant over the last two decades in West Africa, but when we take into account floater installations during the same time period, we see a definite trend towards deepwater exploration. The number of floating platforms deployed in the region has steadily increased over the years, with a greater share of floaters operating at depths of 1,000 meters and more.

Incremental activity for fixed platform installations is likely to be relatively limited and led by brownfield efforts to rejuvenate production in mature regions such as Nigeria. The more predictable environment offered by the country’s Petroleum Industry Bill is likely to support ongoing efforts in this respect, but the combination of difficult economics and a mature production base means that the upside to projected fixed platform installations is likely to be capped.

By contrast, the theoretical potential of floating platform installations is far greater; if the two regionally dominant producers, Nigeria and Angola are to maintain or increase production, it will be through exploitation of their ultra-deepwater resources. 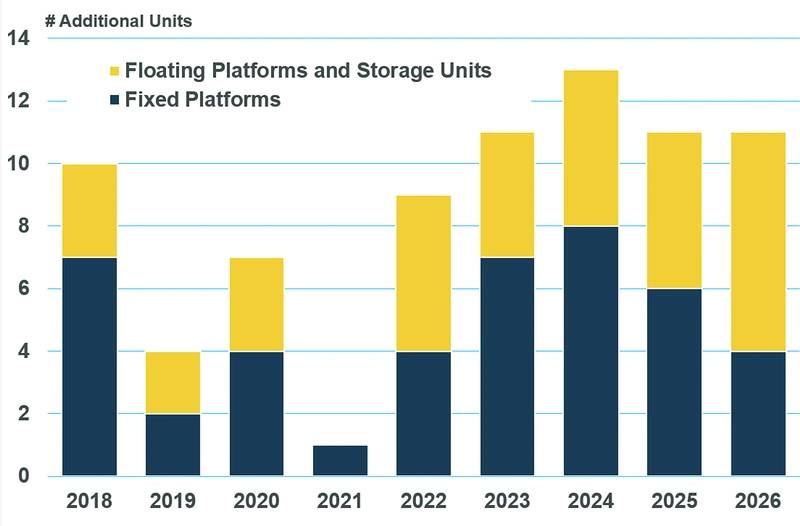 Prospects and outlook
The oil supply shock brought about by the Russia-Ukraine conflict may further underpin the re-emphasis on African field developments as governments and supermajors look to replace sanctioned barrels and re-balance an already undersupplied market. Perhaps most significant development in the African offshore sector this quarter was the discovery of sizeable resources in the Orange Basin offshore Namibia.

Total’s pre-drill estimate of the Venus-1 wildcat stands at around 1.5 Bn barrels of oil while Shell’s Graff discovery – at which an appraisal well has been spudded – may hold upwards of 400 million barrels of oil. Both supermajors will look to fast-track their respective developments, potentially providing a boon for the Namibian economy.

Shell intends to issue a tender for the Bonga Main Life Extension and Upgrade Project in Q2 2022. The project, currently at FEED stage, aims to recover an additional 60,000 bpd from the existing Bonga Main FPSO, and will feature packages covering topsides modifications to the FPSO; pipelines, flowlines, risers and installation; subsea hardware and umbilicals.

Both the Bonga Main Life Extension and Bonga North projects have superseded Bonga Southwest in Shell’s order of priorities; the two brownfield operations will require less investment by the operating partners while also yielding quicker returns to NNPC.

In Angola, Total’s hunt for a converted FPSO at the Cameia-Golfinho project is nearing completion. The French supermajor has begun its assessment of FEED submitted by three contractor groups comprising Technip Energies of France working with Malaysia’s Yinson; Italy-based Saipem working with Malaysia’s MISC; and Kuala Lumpur-based Bumi Armada.

FPSO. A formal tender is expected in Q2 upon completion of the FEED assessment; Total will hope to select a contractor in 2022 with a view to bringing the project onstream by the end of 2024.

More rigs needed
As is clear from the changing geopolitical situation and the emergence of a more favorable, stable local regulatory climate, West Africa is a market that will need increased deployment of resources to meet demand.

Upcoming development drilling combined with some exploration work will generate an increasing level of offshore rig demand going forward. MSI also expects an increase in well intervention work for existing platforms in the region, as many of them are getting older and require more maintenance.

The benefits will not be felt equally; jack-ups have limited work, and their employment is centered around Nigeria and Congo, while floating units have healthier demand levels, mainly from Angola.

It is possible that a prolongation of conflict in Ukraine might further strengthen drilling activity in West Africa, representing an upside risk to the MSI forecast, as hydrocarbon demand in Europe – including oil but mainly gas – will seek new sources of supply. 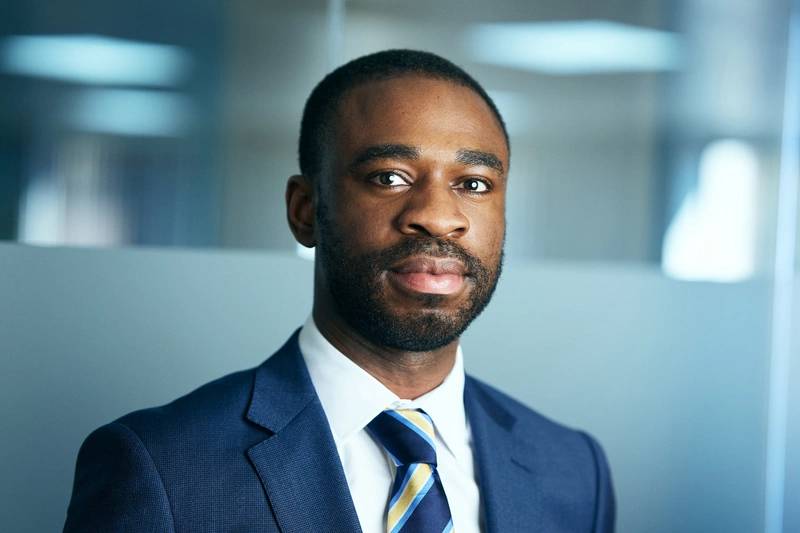 About the Author: Joshua Belo-Osagie covers offshore market analysis at MSI with a focus on field development projects. He is responsible for the maintenance and development of MSI’s proprietary offshore energy databases and models and contributes to market reports and ad-hoc consultancy projects. He holds a BSc in Chemical & Biomolecular Engineering from the Georgia Institute of Technology.

Progress reported on some projects in Africa

With innovation and technology, Brazil is on path to achieving food security